Born the day after Christmas in 1947, George Porter, Jr. is one of the forefathers of funk. Devoting his musical career to giving gifts of groove like the performance he and his “Runnin’ Pardners” gave to Vinyl Music Hall on a soulful February night. 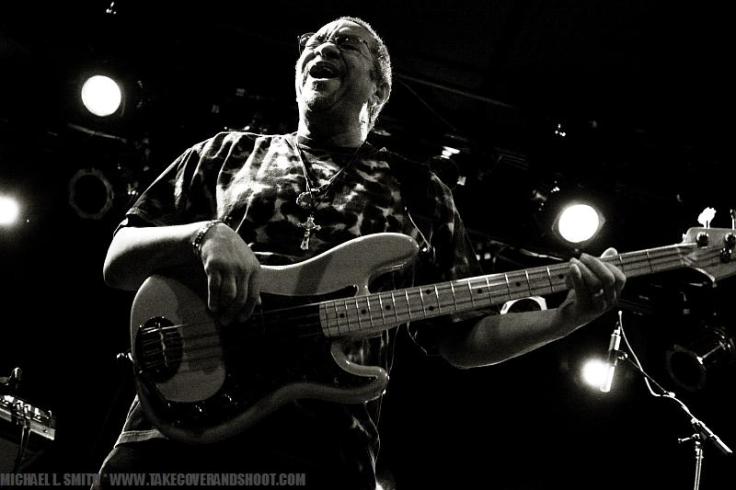 Opening act for the Louisiana born legend was local musician Brooks Hubbert. Having recently graced the Vinyl Music Hall stage as the supporting act for Chris Thomas King, Hubbert opened up his arsenal of talent this night and displayed his unique touch on pop classics and sharing original compositions.

Following Hubbert’s performance, George Porter, Jr. and The Runnin’ Pardners took over the show and shook hands with the people in the crowd before laying down their rich brand of old school funk n’ soul on the crowd. With a performance so rhythmic, audience members were quickly moved to find a dance “pardner” or cut a solo groove of their own. Acknowledging their Mardi Gras induced party, the group heated up the venue so intensely that they performed two sets for the audience to dance the night away.

Article and pictures from Brooks Hubbert and the band Mr. Fahrenheit opening for Chris Thomas King at Vinyl Music Hall