PBR flowed like agua from Heaven and crazy, upright bass skills were on full display as The Handlebar played host to the psychobilly madness of the Koffin Kats. From the city that gave the world the coolest cars and music, the Koffin Kats were born and the hard-charging trio of Vic Victor (vocals/upright bass), EZ Ian (guitar/vocal), and Eric “E Ball” Walls (drums) motored their way into Pensacola, Florida. 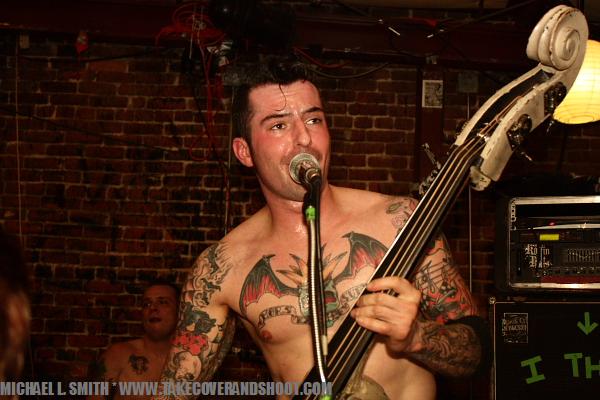 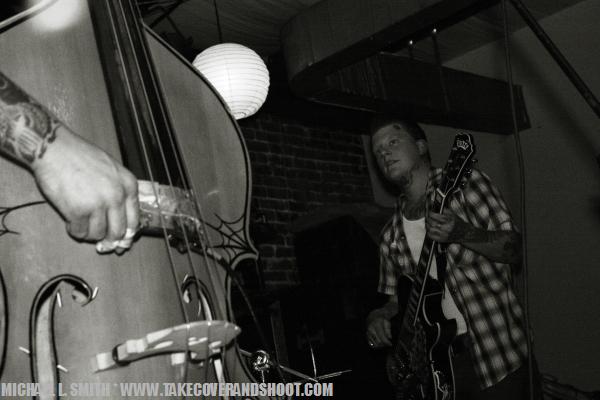 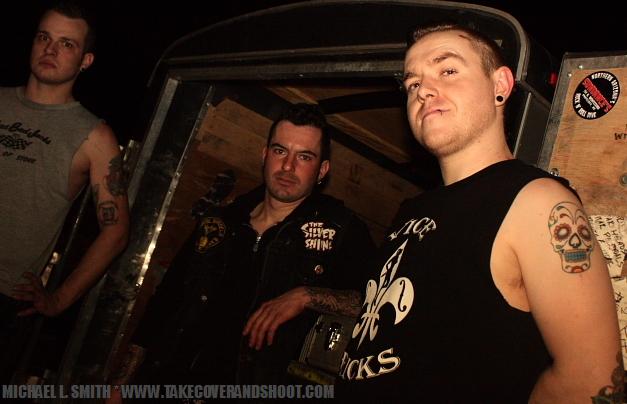 As soon as I hit the door of The Handlebar, Benedict Arnold were in mid-fire of their punk-heavy, bounce-off-the-wall set. Formed by childhood friends in St. Louis, Missouri, Rod Night (guitar/vocals) and Floyd Fannigan formed the band with a focus on their mutual passion for punk music. The band, completed by Ricky Retardo (drums), and Gunn (guitar), stick to the roots and pay reverence to the old-school sound and energy.

Within a few minutes of stepping on The Handlebar stage, the Koffin Kats immediately kick-started their set and the rest of the crowd dashed to the front of the stage to get an in-your-face perspective of the Detroit city rockers. Effortlessly switching double bass and guitar duties between songs with EZ Ian, Vic Victor displayed deft showmanship as he worked the stage, the crowd and his upright bass with such ease and style that the late Fred Astaire would be rendered jealous.

Debuting some new songs and classics that span their nearly 10 year career that began with their 2003 debut album “S/T”, the Koffin Kats gave all to the Pensacola crowd and even shed some blood for everyone that came out. After their set, the guys displayed their devotion to their fans by hanging out for pictures and autographs before hitting the road and rocking the next town on their tour.