During their amusement park ride set of rock n’ soul, keyboardist Jamie Gordon stood in front of the microphone and personally thanked local band Mr. Fahrenheit for bringing back the “sexy saxophone.” Adding that, when The Constellations return to Pensacola, he wants to play with the exact same lineup that consisted of Mr. Fahrenheit and the Deadly Fists of Kung Fu. 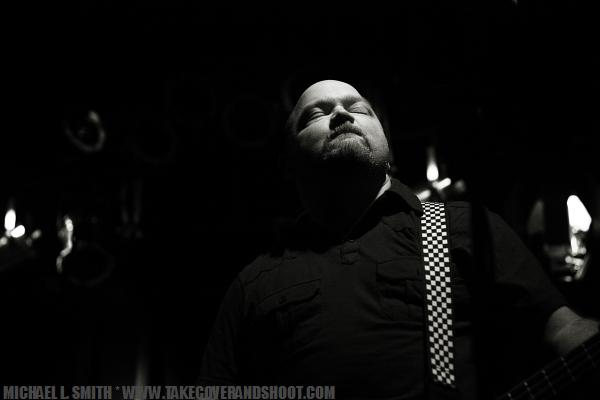 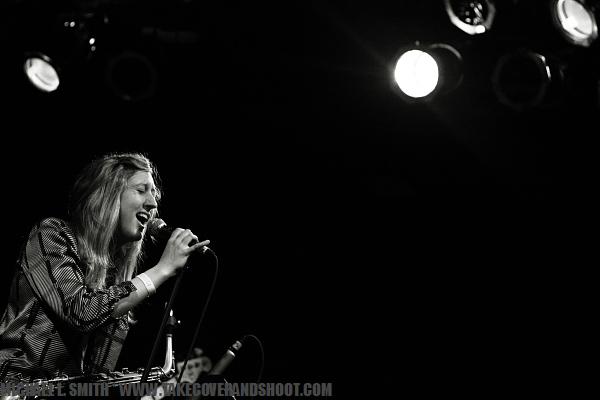 Such was the way of a wild night that started at Vinyl Music Hall and ended up at karaoke night in a popular local bar in Pensacola, Florida. Gracing the stage as opening act were Mr. Fahrenheit. No strangers to the downtown venue, the band led by Katy Hubbard (vocals, saxophone), R.J. McKee (Guitar), Ben Minor (vocals, drums), and Robert Pennington (bass) confidently performed their set for the crowd, winning the adulation of new fans that also included the headlining group.

Following Mr. Fahrenheit were the Deadly Fists of Kung Fu. Recently opening for legendary artist Mike Watt and appearing on the local music television program The Uncharted Zone, the Deadly Fists of Kung Fu are also veterans of the Vinyl stage. Called into action to drop sonic volleys for audiences that like to rock, the band didn’t disappoint as Zac Hobbs (vocals, guitar), Andrew Bennett (drums), Jason Hurt (guitar) and Tim Bishop (filling in for Phread Touchette on bass) flew their brand of super-hero rock for the crowd.

Formed in Atlanta, Georgia and having adopted Pensacola as a “second home,” The Constellations showed the same explosive desire this night as they did during their Vinyl Music Hall debut as supporting act for Electric Six in October of 2010. Marking their fourth appearance at Vinyl, lead singer Elijah Jones has turned up the intensity dial and facial hair with every appearance on the Pensacola stage. With partners in crime, Wes Hoffman (bass), Jamie Gordon (keyboard), Trevor Birdsong, (guitar), Shane Human (drums) and Shabnam Bashiri (background vocals, synthesizer, percussion) by his side, Jones and crew are always guilty of stealing your feet and injecting everyone within earshot, a performance that they will not soon forget.

Toward the end of their set, Jones smiled at the audience and exclaimed, “I’m gonna be out there…you be sure to provide me with the things that I need. You are beautiful, we love you so much. This next song is about a girl I know so very well. I love her so much. She’s a sexy little thing. I’ve known her for a long time. Her name is Felicia.”

Twisting the crowd into “dirty” trances and quickly redeeming souls by taking us to “church,” The Constellations played well into a hot night that would have appeared to end when the band played their last song and Jones declared “Thank you, guys! I Love you. Thank you very much, you guys are awesome. Man, I love every single one of you. You all are beautiful. Come party with us, let’s party!”

With their set over, the band joined the crowd exchanging laughs and stories. Jones even came over to our group and asked us how we were doing. With the time nearing 1 am, my friends and I decided to hit Sir Richards Lounge to indulge in some late night karaoke……and that’s when it happened.

Standing next to the bar and engaged in conversation, I noticed out of the corner of my eye, a distinctive afro walking towards the front door that was swinging open. The person disappeared and I thought maybe I was just hallucinating from a long work week. But then another glance to the door produced the visual of the entire band walking into the packed bar.

With the clock now striking a few minutes past 2 am, the Constellations had decided to join in a little local fun. Hoffman and his signature afro joined Pensacola rocker Boyd Knox for a duet while Jones showed gaming skill in the pool room and Gordon entertained with a solo number on the karaoke stage that was DJ’d by Brent Condon of the local band Long Division.

The night got so wild that my glasses were knocked off while joking around with Chuck Taylor of the group Unnatural Soundz. While my friends and I searched on the floor, Gordon, showing complete coolness and humanity, stopped the conversation with his party, asked what happened and joined our search party. The glasses were eventually found unharmed by Earl Lyon of the group Earl’s Killer Squirrel to whom I offered to buy a drink, which he humbly declined.

It’s sad that a night of “sexy saxophones,” super-hero rockers, karaoke madness with friends and a surprise late night appearance by the uber-cool Constellations had to end, but as the reformed N.W.A. rapper turned domesticated entrepreneur Ice Cube used to say….today was a good day.

The Constellations second performance at Vinyl (First as headliners). Supported by The New Collisions and Deadly Fists of Kung Fu