Even the soundcheck before a Titus Andronicus show is an intense-filled affair. With Patrick Stickles’ floating gaze fixed on the air above the gathered mass of bodies, the rest of the band checked and prepped in gusts of movement shortly before their audio assault. 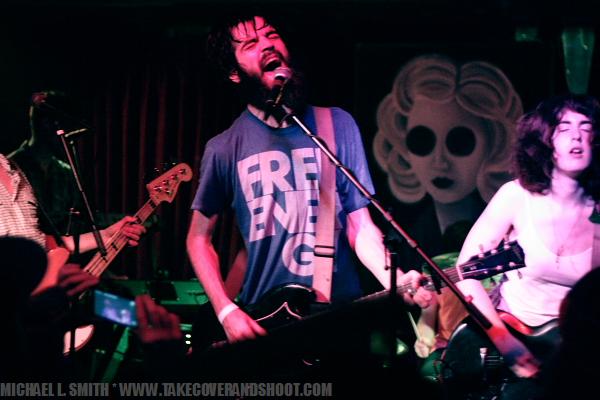 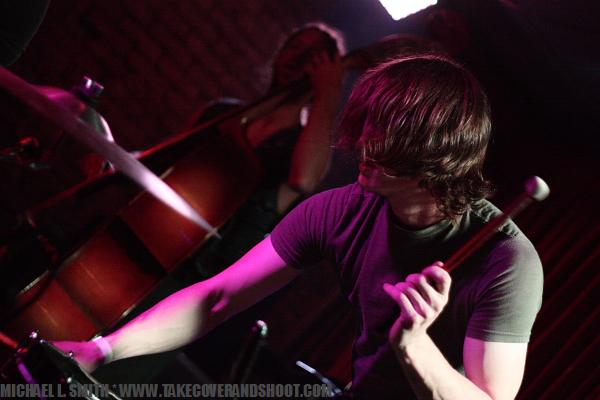 Sharing the name of one of my favorite (and most brutally brilliant) Shakespeare plays, Titus Andronicus, the band, shares the same brutal, intelligent quality in their music. Revered by Long Division bassist Brent Condon, the group’s album “The Monitor” is noted as his “favorite album of 2010 and easily in my top five of the last ten years.” Long Division were first to hit the stage at the Alabama Music Box.

Serving as the band’s prologue, Stickles’ gaze served prophetic notice of the intensity to come. The kind of look I would imagine Aaron the Moor possessed when he was commanded to kill the newborn that was created by his union with Tamora, Queen of the Goths. Secrets abound in Aaron and in the play, but there is no secret about the wave of adulation pouring over the band from Glen Rock, New Jersey. While some artists sink and drown under their praise, Titus Andronicus have supported their accolades by recording and constant touring which carried them to the Mobile venue on this night.

As velvet is to smooth, Titus Andronicus is to heavy. Completed by Eric Harm (drums), Amy Klein (guitar/violin), David Robbins (keyboard/guitar) and Julian Veronesi (bass), the group pummeled and seduced the crowd with each members’ unique intensity supporting every second.