“Getting Down” got literal when Yo Mama’s Big Fat Booty Band’s trombone player, Derrick Johnson jumped off stage and directed the audience to get down during the last song of their performance, capping another music-filled night in Pensacola. 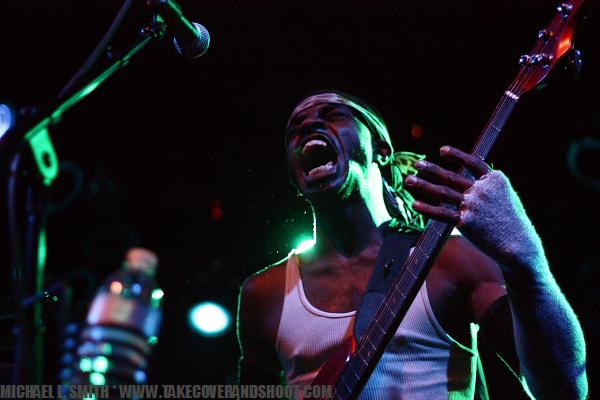 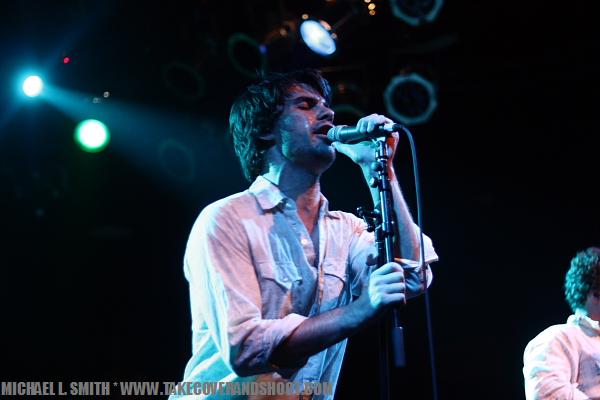 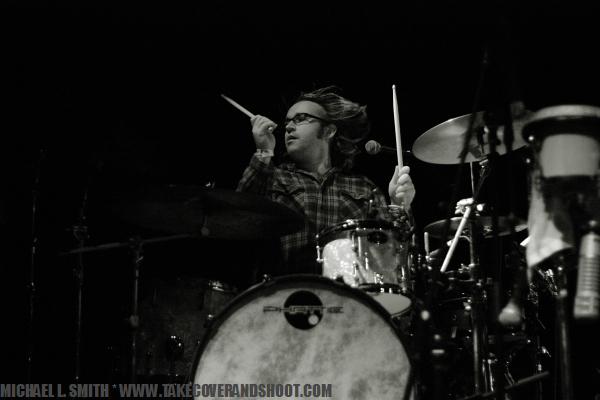 The “Getting Down” began at Vinyl Music Hall with the sounds of local favorites, Mr. Fahrenheit. During their set of multi-genre mix of sound Katy Hubbard (vocals/saxophone) and Robert Pennington (bass) told the crowd of their afternoon encounter with an overeager mace sprayer’s bout with wind and the unfortunate turn luck that placed the band downwind of the mayhem. Rounded out by R.J. McKee (guitar), and Ben Minor (drums) the hard working group are playing the DeLuna Fest Lineup Release After-party at Seville Quarter on May 31st, followed by a show with Hail the Titans and Eerie Rockwell on June 4th at The Big Easy Tavern in Pensacola, Florida.

Following Mr. Fahrenheit were The Dirty Guv’nahs from Knoxville, Tennessee. Pure rock n’ roll with lots of southern soul, the ensemble includes James Trimble (vocals), Michael Jenkins (guitar), Chris Doody (keyboards), Justin Hoskins (bass), Aaron Hoskins (drums), and Cozmo Holloway (guitar). Drawing national attention with their sound and a live performance that has taken them to perform at festivals such as Bonnaroo in 2009, the group gave the Pensacola crowd plenty of reasons to stomp and shake around. 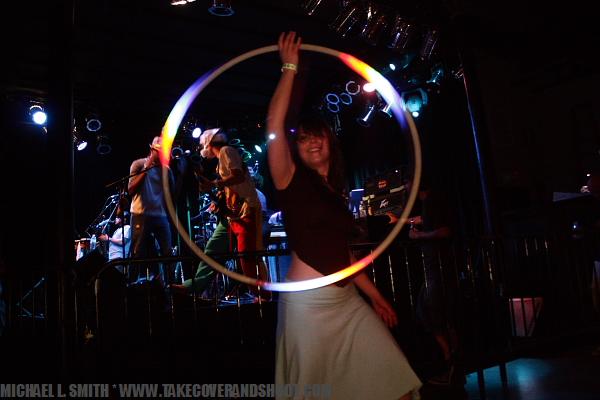 With the venue primed and ready for Yo Mama’s Big Fat Booty Band’s entrance to the stage, the crowd cheered loudly as the Asheville, North Carolina group set in for a night of funk. Led by Al Al Ingram (vocals, bass), John Paul Miller (guitar, vocals), Derrick Johnson (trombone, background vocals), Sister Mary Frances (keyboards, vocals), Lee Allen (drums), and Greg Hollowell (saxophones, background vocals, bongos) the group made everybody get up during their party-time sonic thumps of rhythm. Keeping the balance, Johnson helped the crowd get down when he left the party on-stage and joined the party on the floor. Positioning himself directly in the middle of the pack, Johnson led the huddle in a climactic journey that started on the floor and grew into a loud, jumping celebration to close out their set.