Even with touring bassist Lukas Previn fighting illness, Thursday marched on as they took over the Vinyl Music Hall stage. Between dates on their tour with Taking Back Sunday, Thursday and Colour Revolt provided a solid night of music in downtown Pensacola, Florida. 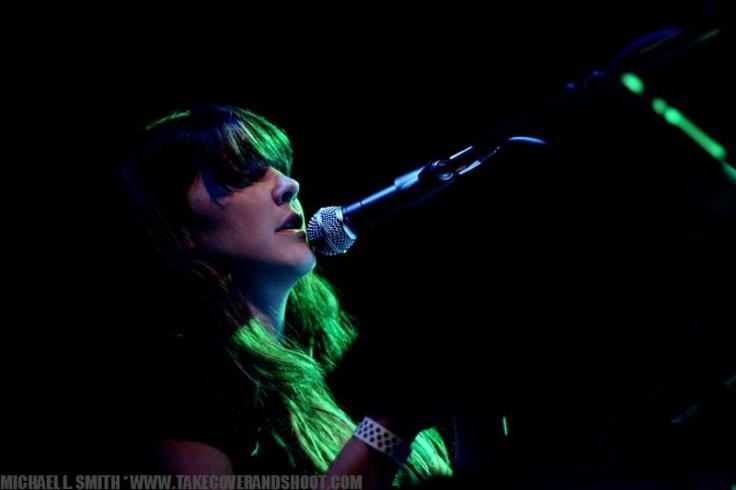 By the time I made it through the doors of Vinyl Music Hall, Johnny Apple-Eyes were midway through their set. The local group are led by Jarrod Burris (vocals, guitar), Richard Humphreys (guitar), Jennifer Morgan (keyboards) and Geoffrey Peck (bass). Check out the band’s site for more info and a link to their music.

With a recent headlining tour which hit Pensacola in January and saw them play on a bill that also featured Johnny Apple-Eyes and Pioneers! O Pioneers, Colour Revolt (Jesse Coppengarger (vocals, guitar), Sean Kirkpatrick (guitar, keyboards), Brooks Tipton (keyboards), Patrick Ryan (drums) and Luke White (bass) were next on stage. Sharing the tale of how they took a “business route” wrong-turn during that recent stop and ended up in a Milton, Florida waffle house, Coppengarger and company seduced the audience with the unique sound that has been gaining the group accolades and respect since the group of high school friends joined together to form the group in 2005 on the campus of the University of Mississippi.

Closing out the night and touring in support of their new album “No Devolucion,” Thursday (Geoff Rickly (vocals), Andrew Everding (keyboards), Tom Keeley (guitar), Tim Payne (bass), Steve Pedulla (guitar) and Tucker Rule (drums) performed songs from a career that began in 1997 in New Brunswick, New Jersey. Neither illness nor a heavy, summer touring schedule could keep the band from delivering their heavy sounds on a hot Thursday night. 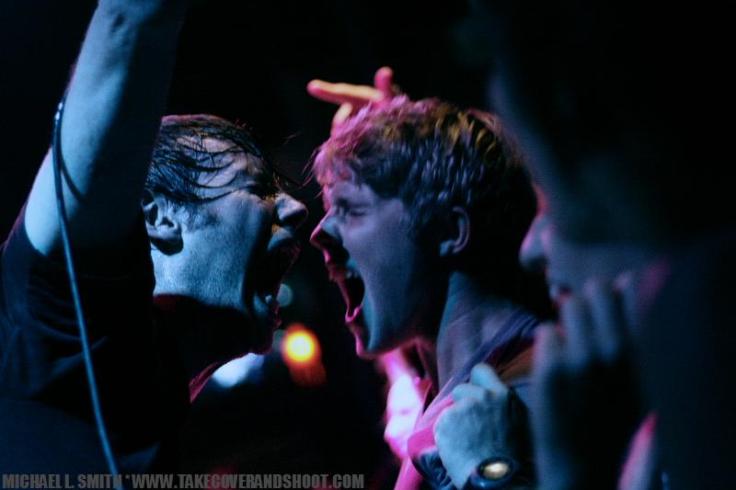