Closing the curtain on the 2011 DeLuna Fest, Mutemath covered the crowd of Pensacola Beach with music and light. The canopy of darkness and stars served as backdrop to the New Orleans group’s festival performance. 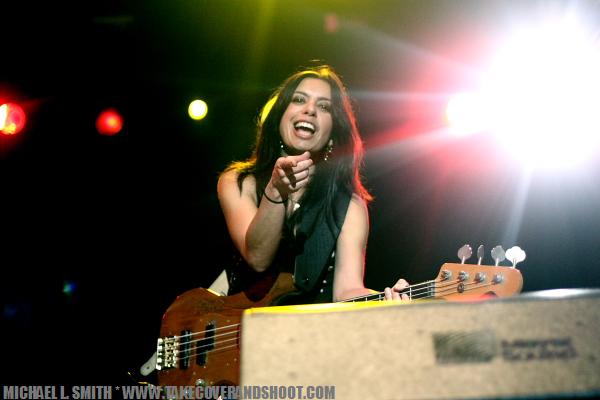 Day 3: A final day that included performances by Colour Revolt, The Constellations, The Parlotones, Wanda Jackson, The Airborne Toxic Event, and Cowboymouth leading up to the finish by Mutemath.
A few after hours after their Main Stage performance, Elijah Jones (vocals), Wes Hoffman (bass), and Shabnam Bashiri (background vocals, Keyboard, Percussion) of Atlanta, Georgia’s The Constellations took a few minutes to talk festivals, favorite albums, their greatest moments, Elijah’s near arrest on the beach and more.