The devil is in the details and hell was a busy playground during a special Halloween edition of the annual Sluggo’s Cover Band show featuring bloody head-to-toe authenticity as bands and audience members dressed up in downtown Pensacola.

Three years ago Crystal Tremer organized the first Sluggo’s Cover Band show after witnessing similarly themed shows during her travels throughout the country. Perpetually creating, Tremer also launched the annual Battle of the Bands competition in addition to kicking off her third Cover Band show. “And hopefully when I move from here, I’ll pass the torch along to someone that wants to take care of it. It’s just something for people to do in this town.” added Tremer. 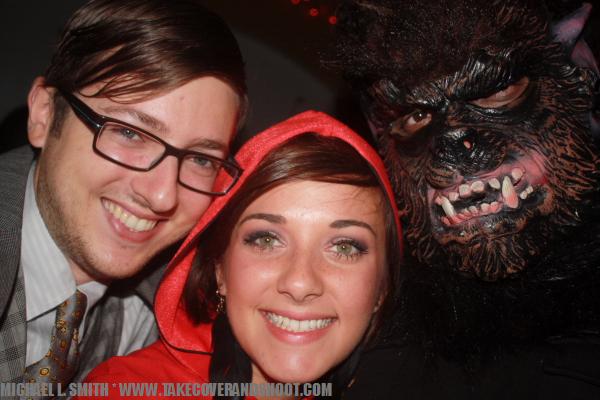 Of all three years, her favorite Cover Band moment came near the end of last year’s event when Tremer had to turn off the lights and kick everybody out during the Iggy & The Stooges set led by Patrick Jennings.

Fully understanding the reason for cutting his set short, Jennings explains his view of the event. “Well, I understand the need for it. It was a couple of minutes ‘til three. Legally they had to get everybody out of there. Although, when you practice something for several months, it’s pretty disappointing if you don’t get to finish your set.” The group had just started to play “I Wanna Be Your Dog” and Jennings made the call to keep playing as their equipment and lights were cut off. “Yeah, we started to play it. Just keep playing. Yeah, we pretty much got shut down, but it was fun. It’s all good.”

What can people expect from your set this year.
Jennings: Well, this year we were starting to figure out who we were going to cover this year and they moved the coverband show to Halloween weekend and we decided that Samhain or Sauin would be appropriate because Sauin is the Celtic holiday. So kind of in the same vein as All Saints Day, but a lot of the traditional Sauin traditions have morphed into Halloween and also Samhain, as most people refer to the band, being Glenn Danzig’s band between The Misfits and Danzig, I figured it was thematically appropriate as well. You know kinda scary, horror-rock certainly evil had a habit of covering themselves in blood during their performances so we might pull that out as well. We hope to see a few more people getting into the actual costume aspect of the cover bands this year, it being Halloween. It should be cool. Yes. I’ve done my wig shopping.

Can you give a hint for next week? (The interview was conducted one week before the show and for a feature in the Oct. 28th edition of the Pensacola News Journal Weekender)
Jennings: Not really any huge surprises. I don’t know how familiar most people are with Samhain anymore. When I was 13, 14 in middle school, they were pretty big. We’re doing it to entertain other people, but it’s really for us. It’s a lot of fun to do it. I’m hoping there will be some surprise bands that show up. I’m looking forward to Louis Prima. That should be a lot of fun. He’s probably most famous for his “I Wanna Be Like You” song from The Jungle Book….when the monkeys are all dancing around. Incredible jazz performer, so if somebody can pull that off, that’s impressive.

(In response to The Beatles cover band)
Jennings: Oh wow…that’s tricky. You better do it right. That’s not one where you have a whole lot of room for error. I’m looking forward to the Cheap Trick. That is the same guys who did Queen last year, so they always do a good job.

Who’s in your band?
Jennings: It’s Acorns with me singing and playing guitar on a song or two perhaps. Acorns is Shane Langseth, Dave Myers and Scott Dixon. They were along with Chad Porter when we did The Stooges and this year it’s Acorns and me. 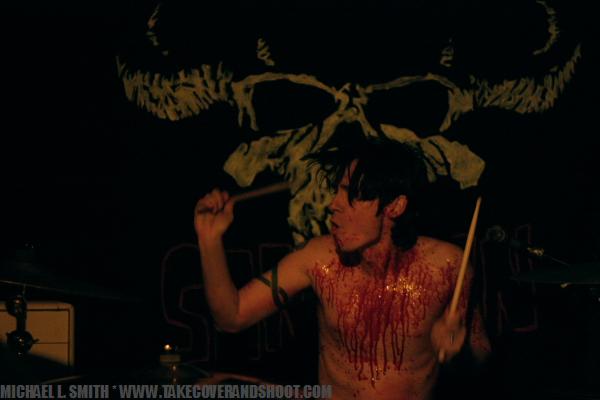 Most memorable coverband moment?
Jennings: Watching as a spectator, I thought that the Etta James band last year was amazing as well as Dinosaur, Jr. Tom did a solo Danzig organ performance the first year and that was interesting. Those three. I would say the Etta James, Dinosaur and Danzig the first year are really good and Queen last year was really good. As far as performing…the Neil Young band we did the first year was a lot of fun. It was a great…playing with Terry Johnson, Shane and Brandon Warren, they were just a great group of people to work with. We kind of rocked the songs a little louder and faster than Neil would have played them (catches himself), maybe not louder, but faster. That was a lot of fun. By the time we got on stage, I was a mess. It’s on youtube.

In Closing:
Jennings: I encourage people to come out, check it out. If they haven’t seen it before, it’s always a lot of fun. Dress up if you want. Saturday before Halloween and have a good time.

Band Trophy:
Tremer: I didn’t do a trophy last year. I did a trophy for Battle of the Bands because I noticed that really doesn’t happen anymore in Pensacola, so I decided to try to do that again. So I made a trophy for that. I am this year going to do a small prize for the band that people vote for.

What is the greatest concert you’ve been to of all time?
Tremer: (Without even pausing to think) Iron Maiden, Dio, Motorhead. I was out in California and I went to the Concord Pavilion with a couple of friends. Each band had a huge animatronic that rose out of the stage. It was the most amazing thing I’ve ever seen.

Crunchy or creamy peanut butter?
Tremer: I like the crunchy one. (laughs)

Favorite album of all time?
Tremer: That’s a hard one to judge because it changes every week. There are definite ones that are up there. I would have to say ADD/C and I think it was there title album. They are a band from Chattanooga. This is like the hardest question.