Ending on the highest of notes, Hank & Cupcakes finished their set with a cover of Far East Movement’s “Like a G6” in a way that could only be described as “out of nowhere and beyond.” Their entire show was ear-to-ear dance magic, but their final salute was a double-dynamite finish to a night of couples to double your bubble at Vinyl Music Hall.

Brooklyn’s Boom Chick started it all as Frank Hoier (vocals/guitar) and Moselle Spiller (drums) spun an unpredictable and exciting web of rock. Highlight for me was “Shake Can Well” and Hoier’s exposition of the lyrics which are word- for-word from a can of WD-40.

Rarely do I get to witness groups like Mad Happy. While other bands fight to be cool and stay safe in genres, be it metal, punk, or whatever, this duo does whatever the hell they want. My first experience of the Mike Ill and Rivka Kilmer creation occurred in 2000-something at The Handlebar in Pensacola, Florida. On that night, some in the crowd danced for joy, quite a few ran out, while the rest stayed frozen and silent not knowing what to do. Such was the case on this night, but all that watched had a dance blast. Definitely see them perform at least once in your life. 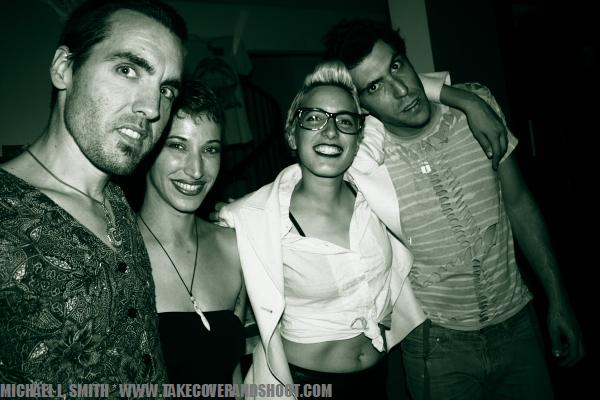