Touring in support of their latest album, “Invisible Empire” and days before invading Europe, RiotGod brought their otherworldly rock sound to The Handlebar in Pensacola, Florida. 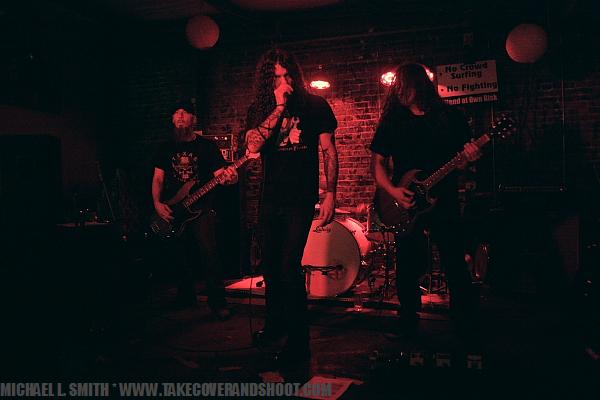 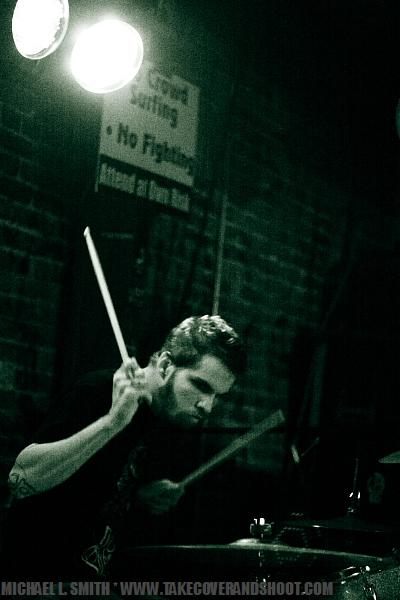 As soon as I made it inside, local group Slowpoke Rodriguez had already launched off. Usually taking the lead vocal duties, frontman Beav Kenoyer manned the drums for the entire set, while Matt Boyden (guitar) and Jeff Walton (bass) completed their stoner rock adventure. Even with the temporary change, the band still rocked. Proving that no amount of musical chairs can stop them. 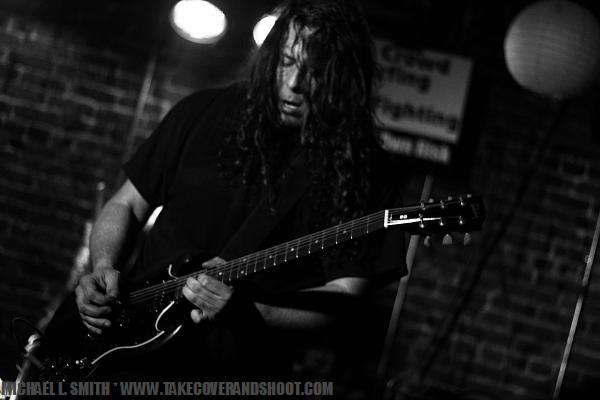 The creation of Monster Magnet’s Bob Pantella (drums) and Jim Baglino (Bass) closed out the night. RiotGod record on Metalville Records and have released two albums. Joining Pantella and Baglino in their chaos of sound were Garrett Sweeny (guitar) and Sunshine (vocals).