It started with a simple “Good Evening” by Patterson Hood. Returning to Vinyl Music Hall for the second time and Pensacola well beyond that, the Drive By Truckers clutched the audience for two hours of a rock n’ roll dream. Following Hood’s greeting, the band began with “Go-Go Boots”, the title track from their 9th studio album. 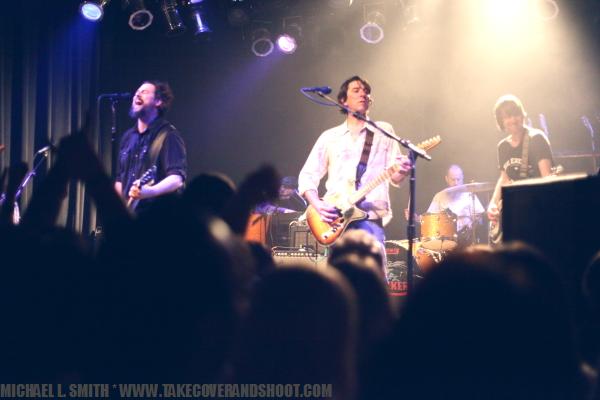 Led by the duo of Hood (vocals/guitar) and Mike Cooley (vocals/guitar), the rest of band appeared more relaxed (dare I say, even happier) than during their previous appearance at Vinyl Music Hall. The audience absorbed every minute of the show.

People walk in and walk out of our lives consistently and sometimes without warning. Most of the time, we don’t control when either introduction/departure will occur. All we can do is make the most of the moments together. The Pensacola crowd wouldn’t let the Athens, Georgia band walk off stage easily. Even after the encore was finished. Time was just too fast.