At the age of 33, William Clark helped lead the Corps of Discovery through an uncharted North America. At the age of 34 Jonathan Clark, with help from some of the area’s top musicians, led a group of talented high school students through the experience of a lifetime. 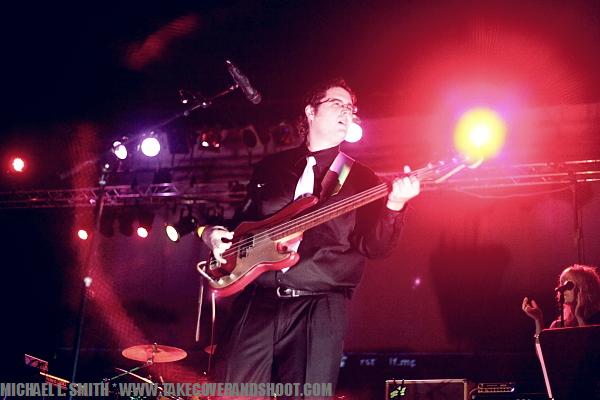 One week before the White Tie Rock Ensemble’s ambitious debut performance of Pink Floyd’s “Dark Side of the Moon”, Clark detailed the journey leading to the performance for my music column in the Pensacola News Journal.

Here is a link to the Pensacola News Journal article and the full interview follows below.

JC: It all started with guitar player Jerry Dawson. He’s one of the best guitar players we have in Pensacola. He and I play at Gulf Breeze United Methodist Church. Since about 05’ we’ve been playing together and we kind of talk and shoot ideas back and forth. I was in the Pensacola Symphony for 17 years. I played violin in the Pensacola Symphony and it kind of struck me that the symphony overall was just a cover band that kept the classics alive.

Without the symphonies around, Beethoven’s “The 5th” would go by the wayside, or all of the great Stravinsky, big, symphonic works. And those were sort of the “albums” of their era. Of the classical world, those are what we’d consider the “Dark Side of the Moon” or “Revolver” or “Thriller” even. I thought, well the Pensacola Symphony keeps all of this fantastic music alive, why don’t we do the same type thing, but with rock music?

We’ve all been in bar bands and cover bands. I have an 80’s band; we do wedding receptions with my father’s band “Clark & Company”. We’ve all done that. I had this original band called WAVE that was real successful. So we looked at how can we do a thing like the symphony, in the theatre? Add the orchestral part to it, since I played violin all my life. We, the Clarks are involved with the Escambia County Schools strings program. Four of the seven orchestra teachers in the county are Clarks. My father, my wife and my sister all teach, plus myself in the strings.

We teach so many of these young kids and nowadays it’s all iTunes driven. They don’t buy CD’s even. They don’t look at the CD, even if I told you they don’t look at the CD artwork. People used to look at album artwork. It was such an integral part of the experience; holding the record, taking it out, putting the needle down. Nowadays, they just type up something on their phone, a single comes down, they listen to it over and over again, and that’s the experience.

So we thought when we do this on the stage somewhere, at the Pensacola Little Theatre or something like that and then we can invite even young fans. Don’t have to go to bars, they don’t have to worry about the alcohol and the age limits and that kind of stuff and we’d be able to perform these classics just like the Pensacola Symphony would, but we would be doing classic rock albums.

JC: What happened was, Jerry had a friend named Joel, who’s playing keyboards and Joel lived in Birmingham and so it was talked about Joel moving down here and Joel actually just got a job with Mark at All Pro (Sound) and all those guys. So, when he looked like he was going to move down here, Joel sort of did this thing up in Birmingham with another group and so he said, “Hey, if you come and let’s go ahead and start rolling.” 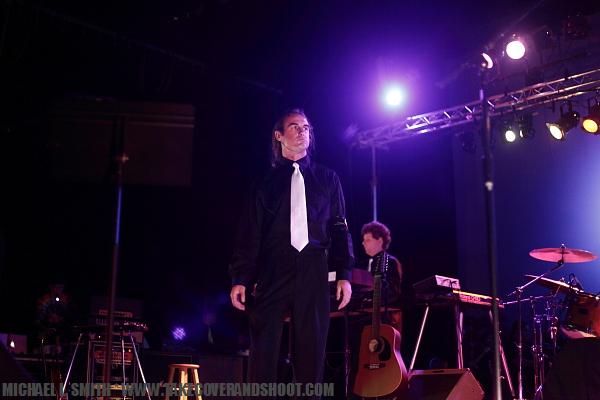 This is our first one and so what we created this kind of, I mean not a fictitious, but a fictitious society the Album Preservation Society which is funny itself, it’s APS sort of like the death-knell. I teach almost 300 kids every week and I’ll say, “Do you guys know who Pink Floyd is?” and they look at me and they go “What? I think my parents used to listen to them.” But you think, “You know who Britney Spears is and they all do. “You know who Drake is.” Even in the rap world, all of these kids are so into rap music, they don’t know Dr. Dre even. Even the classics from the 90’s, Pearl Jam. They don’t know who these bands are anymore. And so that was one of the things, maybe we can keep this art form alive, just like the symphony. If the symphony wasn’t playing Beethoven’s 5th. I mean, how many of these kids would hear it ever? Maybe in a commercial.

I was talking to Joel on the phone and he said “We need to add something to it. We need to not just go out there and do the CD. What can we add to it? And I said, “Man, I have like a hundred high school orchestra kids. I could put an orchestra together from them.” He said “Perfect! That’s it.” And that’s where it all came from.

MS: You mentioned orchestras. What other students and schools do they represent?

JC: I just started a new organization called the Emerald Coast Honors Orchestra. ECHO. It is a private entity for strings players outside of the public schools program to get extra instruction. It’s along the lines of the Pensacola Children’s Chorus. We’ll never be as big; assembling a choir is one thing, an orchestra I something else. We have about 47 kids in my private program now and about 20 of those are coming to the show to play.

We’ll have plenty of high schools mainly representing Escambia High, a couple Washington High, West Tech and Pine Forest. It’s a pretty good mixture of all the high schools here in town. It’s a blast for them. They’ll get to now experience this live. And when we’re rehearsing, I keep telling them, “Guys, it’s going to be loud.” They’re not used to that type of atmosphere. But they’re going to have a lot of fun and once they’re up there, I have to make sure it doesn’t distract them.

MS: Why did you choose such an ambitious album?

JC: It’s just, when you think of a classic album, “Darkside of the Moon” was on the Billboard charts for some just unfathomable number of weeks. It was on the Billboard charts…I’ll Wikipedia it while we’re talking here, but when you think of classic albums, there’s really about five or six that you can come up with. “Darkside of the Moon” is one, the Beatles, you’ve got the “White Album”, you’ve “Sgt. Pepper’s Lonely Hearts Club Band”, you’ve got Led Zeppelin IV, Led Zeppelin II, maybe a Who album in there. There is a list of classic albums that you might go about ten deep on and when we started looking at that.

But “Darkside of the Moon”, in terms of this rich, big chord fill-in, that was the easiest kind to orchestrate and I thought that would be the best for the kid’s palates that I’m working with. I didn’t want to throw them into the fire. (Clark finds the Billboard chart information on “Darkside of the Moon”)I looked it up here, it was on the charts for 741 weeks. From 1973 to 1988. Longer than any other album in history. 15 years it was on the Billboard charts.

And now, these kids that I’m having play, were born after 1988. Think about things like, I’m not sure how old you are, but Michael Jackson was huge when I was growing up and now that he’s died, 10 years from now, kids aren’t going to know Michael Jackson was.

When you think about it, in the 90’s Pink Floyd was back out touring. I remember people making trips to New Orleans to go see “Pulse” in 94’. So we had one last hit of Pink Floyd coming out. But after 94, they’re done. But even Roger Waters right now is touring “The Wall”. This time next year, what I think we’re going to try and do is do four or five a year. And say in May ends up being when we do Pink Floyd stuff, next year we’re going to try and do “The Wall”. But it’s been a whole lot of fun, this working it up, man. It is a lot of work though. I’ll tell you. I’m working on it right now when you called me.

What we’re doing is a “Best of” first half. A lot of “The Wall”, “Wish You Were Here” of course and then the second half will be all “Darkside of the Moon”. I made the programs up. The programs are like little CD’s inserts. There small little squares. They’ve got the whole set that we’re playing on the back just like a CD case would. We’re trying to be as clever as possible in bringing those art forms. I think it’s hilarious that we talk about CD’s as if that’s like my parents talking about albums. Now we talk about CD’s and cassettes. We’re just trying to bring that to the younger generation.