For me, the word “peepshow” used to evoke images of Siouxsie Sioux dancing in black & white to the Siouxsie and the Banshees “Peek-a-Boo” video (from their album “Peepshow”), but The Pretty Things Peepshow blew up my teenage memories and created a totally new interpretation of peepshows and the world of vaudeville. 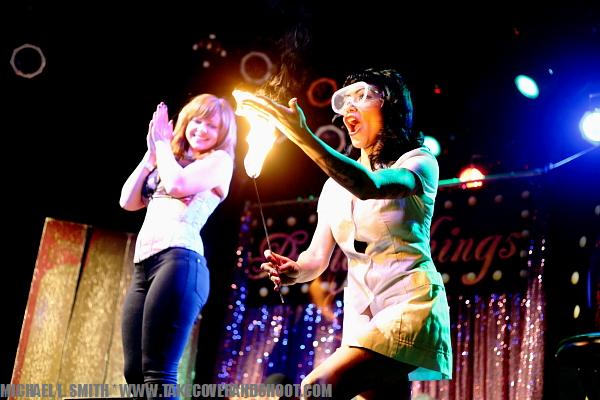 The Pretty Things Peepshow’s visit to Vinyl Music Hall didn’t so much shatter the memory of Siouxsie, as it enhanced the themes of empowerment and individuality represented by the London born post-punk and new wave pioneer. Showcasing highly-skilled and highly entertaining performers, The Pretty Things Peepshow is the creation of go-go Amy who founded the company in New York and shortly thereafter started touring in 2009.