One late night at Sir Richards Lounge, my friends and I encountered a gentleman. A man who-for the sake of anonymity- will be identified as “Carlos”.

Affable beyond belief, his confidence/friendliness exceeded the most polished Southern charm. Carlos bounced from bar to booth effortlessly buying drinks, shots and enthralling us with stories of life around the world. His past was written in entertainment; security guard, concierge and often protector of secrets.

When the talk made its way to music-as I always love conversations to do-Carlos drew us in with stories of concerts and rockstars. We listened as the drama of entering a secret world was impossible to resist.

Sitting around the table, the clanking of glasses had stopped, drinks went silent and cigarettes burned indifferent. We could only listen and imagine what Carlos saw.

That’s when I said it. I couldn’t avoid it. I had to ask, I had to know; what was the greatest concert he’d ever seen…in Pensacola? Not necessarily the best concert he’d ever witnessed (That would be too difficult or maybe too easy). I wanted to know who blew his mind in the city where we (or at least I) grew up.

I asked if I could interview him for an upcoming article. Carlos smiled, said “Yes” nodded and then started his story.

“The best concert I ever heard was Conway Twitty. And here’s why.” Carlos paused while the silence prompted his cue. (WARNING: slippery, rough language ahead)

“When the lights went out and the curtain dropped, his band came out and they were playing some kickin’ fuckin’ jazz! I mean jazz, real jazz. It wasn’t this bullshit that people play. It was real jazz and the drummer was looking at his baby that he picked out right before the stage and had her sitting down in the third row and he would take a stick and point it right at her while he was playing and he never missed a beat.” Carlos beat the table in rhythm.

“So then Conway Twitty came out, everybody was screaming-they’re still playing this jazz-so Conway Twitty grabs the microphone.” Carlos paused, “He goes up to a woman in the front row who was giving him roses and the band stops. BOOM! He looks down at this woman giving flowers and he goes,‘Hello, Darling…been a long time since I seen you!’ and the crowd went wild. The band starts playing after him. Panties were flying everywhere, man!  And after that, it was just over. And that’s why that was the best concert I’ve ever seen in Pensacola. Because he fucking blew it out. He had the crowd like this in his hand.” Carlos opened his hand and then squeezed a fist.

“He could do whatever the fuck he wanted to do with the crowd at that point. This was 1999. He died shortly after that but, I mean, I’ve seen a bunch of concerts here, because I was working at the Civic Center as the security guy, here’s and interesting story…” Ever the storyteller, Carlos dropped the slightest pause and continued,

“Bon Jovi comes out and they’re playing at the Civic Center right. The first band comes out which is…I forget the name of the band, but it’s a guy that was…he was always talking about how great he was and he was a big singer and shit..i forget his name, but they were opening for them, right, so Bon Jovi-all these women are offering sex just to get backstage, their offering all this to get back and see Bon Jovi right, so Bon Jovi comes out to see the first band and he’s right next to me, I mean he’s standing right next to me, looking at the band and nobody notices him. All these women that are offering sex and their first babies and all this, he’s standing right there and nobody notices. He’s checking out the first act, man. And he sat there for maybe 20 minutes, nobody fucking notices him, they thought he was a stage hand or something , then he goes backstage to get ready for his show and these women are like I’ll give you a (I’ll leave this entertaining, but very graphic part of what Carlos said to your imagination) . It was crazy and there were women plastered up to the front and they were passing out and we had to grab them and pull them out of the crowd because they were falling and the crowd was just everywhere and then we’d have to take them backstage and the EMT were back there doing whatever they do and they’d let them out the back and they’d come back around and they’d let them go into the Civic Center.” Carlos stopped to smile and continued.

The stories continued, but eventually closing time came to end it all. As I tucked the recorder in my pocket and drove home, I imagined a morning of typing, listening and laughing.

“Expect to spend four hours transcribing for every hour of the interview” The golden rule that will measure my morning, but every second will be worth it when I finally see Carlos’ story in print.

By noon, the conversation was typed and ready for research. Although I have never seen Bon Jovi in concert, I grew up watching the man and his band take over the world. As a child, I remembered the excitement of Bon Jovi coming to town, but I had to check the date to be sure…

I laughed when I discovered the name of the opening act. None other than Skid Row, led by the most vocal of vocalists, Sebastian Bach.

As for Conway Twitty, I searched for hours. Conway Twitty died on June 5th, 1993 and I could not find any evidence of the Mississippi born musician’s concert in Pensacola.

It would make since that Twitty performed in the area during his career because of his friendship with legendary country musician/producer Larry Butler who was born in Pensacola.

I want to believe that the country superstar performed that amazing Civic Center show that Carlos described, but without evidence, I am not going to take that gamble.

So Carlos’ story will stay here. And until Bon Jovi returns to Pensacola, I’ll have the memory of seeing the Ultimate Bon Jovi Tribute band Slippery When Wet playing Vinyl Music Hall.

There were no panties flying or people passing out, but the band put on a hell of a show. And in 2007-according to their website-they were even endorsed by Jon Bon Jovi as the official Bon Jovi Tribute band. 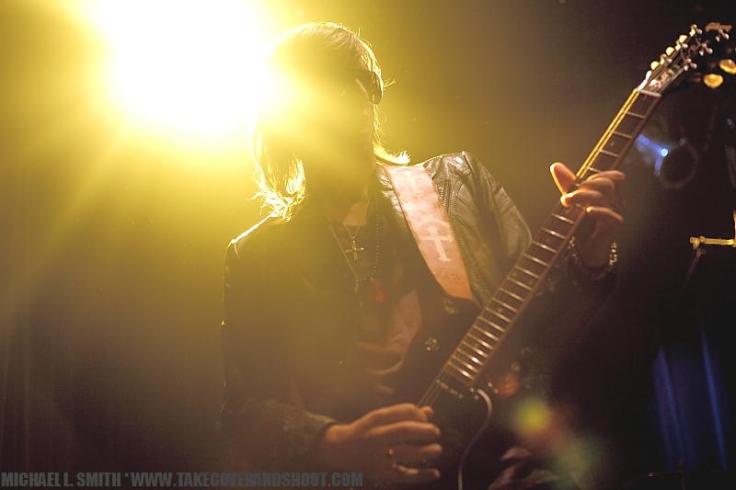