Man or Astroman? were the first surf/rock punk band I ever saw. They were also the last band I ever watched at the old Sluggo’s on Intendencia Street. 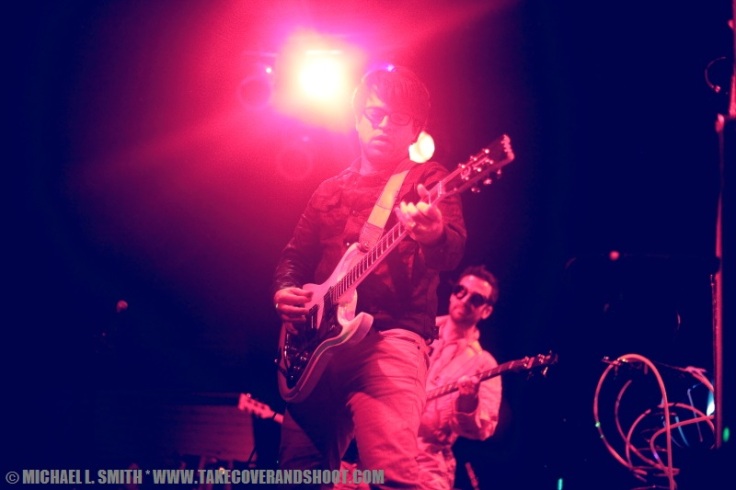 Leaning on the the second-story railing watching the floor and a stage crammed with TV’s and spacesuits, I experienced sensory overload when the Alabama group started their show.

Nearly a full drinking age would pass until I saw them again when they played Vinyl Music Hall. Austin electronic group The Octopus Project opened the show with their own visual/sonic treats. 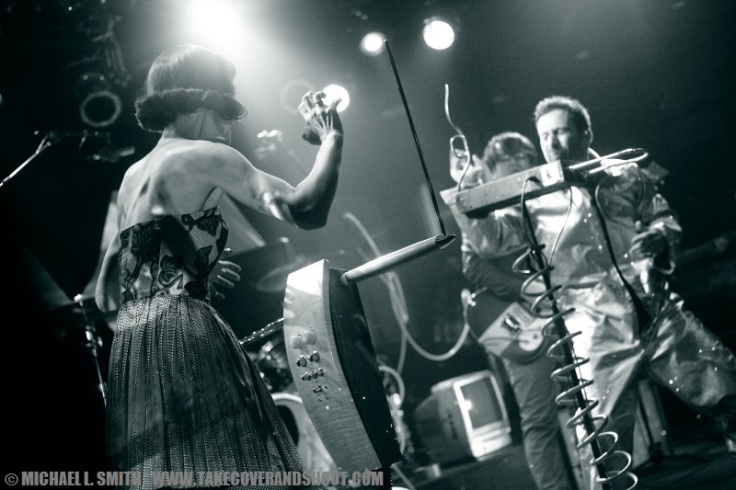 DelBueno teased the Vinyl crowd with promises of a theremin duel between both bands. The promise was kept at the end of the show with TOP’s Yvonne Lambert winning the contest.