I had less than 24 hours to find Joe Occhipinti. In the past, I found him many times, many places; churches, festivals and Friday night Swing Dances at the American Legion. But now, the one time I needed to find the saxophonist and big band leader, he disappeared.

Deadline day and I missed Joe by minutes. His Sunday brunch gig at the Drowsy Poet finished, Joe had slipped out before I stepped in.

I called his cellphone and the recorded greeting left no clue and no help to where he might be. I had to find Joe because I wanted to feature him in my Music Matters column for the Pensacola News Journal.

What used to be a comforting darkness, now signaled fear that I wouldn’t find Joe in time.

As I sat down to think and write what I could, my phone rang. It was Joe Occhipinti.

MS: What kind of music did you listen to growing up?

JO: I’m doing the same music that I liked when I was growing up. Big band and swing and jazz and of course Dixieland and I haven’t changed. I just stayed with it the whole…of course I played new stuff too.

MS: How did you get started playing music?

MS: When did you decide that you wanted to make this part of your life, your living?

JO: (Laughs) I never decided, it just fell that way. I just stayed in Pensacola ever since I’ve been down here. I’m not a, I know you won’t believe it, but I don’t consider myself…I’m not real musician, where you try to “make it” and go and record and all that kind of stuff. I just stayed in Pensacola and just played and played and played and that’s it. And who said I’m making a living? (Laughs).

MS: You’ve been so inspirational and turned people on to jazz and big band music; who is the most inspirational person in your life?

JO: Not any individual person, just the era I guess, just the music. You know, if you didn’t know this, that all the famous jazz musicians that people throw around their names even nowadays, there’s no new jazz musicians, all the names, Charlie Parker and Dizzy Gillespie and any names like that, which nobody knows nowadays, of course, the young people don’t know any of those names, but they all played—every one of them played, started in the big bands in the 30’s and 40’s and the 50’s.

They all played in big bands and then they branched off to so-called combo jazz. Even your pop singers of the 50’s and 60’s, you know when you hear these easy listening stations, all those singers, they all came out of the big band era; Sarah Vaughan, Anita O’Day, it’s too complicated, but I thought maybe you would throw something in your column about some jazz taking place in town, especially in February. Now, Friday night for Gallery Night, I’m playing at Sluggo’s, which is one of your spots isn’t it? 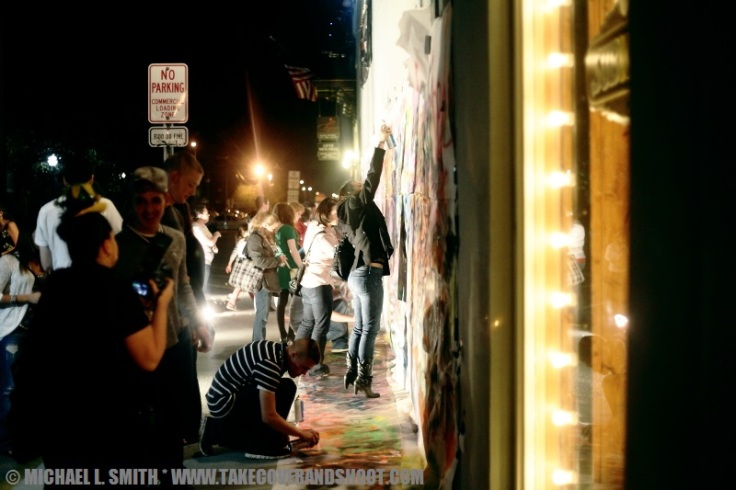 MS: Yes, sir. I’ve seen you play so many places in town, but I saw that specifically and I thought, let me go ahead and call Joe now…

JO: And then I play a lot in Mobile, of course we have the Jazz society in Pensacola and then in Mobile, I’m…well, I’m the vice president of MOJO which is the Mystic Order of the Jazz Obsessed and that’s like our jazz society and then I play in Mobile. I don’t know what you want so I guess you should be talking…

MS: No, I love listening to you. With your crazy schedule and busy schedule, what keeps you going?

JO: Probably not wanting to see my name in the Obituaries. (Laughs) You know, one of my good quotes would be, I got interviewed for a wedding magazine not too long ago, maybe three, four, five…about five years ago and one of the questions the girl asked me was, “What do you consider your musical highlight?” or something like that and I said, “Never having to say I’m not going to do this anymore.” Something I’ve never said, “I’m not going to do this anymore.”

MS: What’s the craziest thing you’ve seen at one of your shows?

JO: You know, there are no really shows. It’s hard to get people around. I just play wherever I can; on the sidewalk, in fact I played at a peanut shop over in Mobile and now with Mardi Gras coming, man it will be great. And the Drowsy Poet, I play there a couple times a week and that’s really building up to a great jazz. I tell you one show that I’m doing, big band is going to be on February, Friday…is it 7th? At the Gregory St. Assembly Hall, I’m doing my Jazz Goes Dancing Series. That’s…God what day is that…where am I? Oh it’s February 8th, I’ll be doing a big band jazz thing; Jazz Goes Dancing is what I call the series and it’s going to be a the Gregory Street Assembly Hall, 7 o clock and then February 23rd our jazz society is doing Jazzfest goes on which is sort of a fundraiser for our jazz festival and I’ll be doing the Dixieland Dandies for that. And that’s going to be a Dixieland show featuring a lot of the music from the movie Midnight in Paris.

MS: No, No, Joe. I just have a few more questions for you; what would Joe Occhipinti of today tell a younger Joe just starting out?

JO: I’m pretty much doing the same thing, just getting calls to play music and organizing the people to play the gig, I guess. I’m serious when I say I’m not a musician, I’m not an educator or anything like that, I just play and am very active in any kind of music that’s going on. I’m also a member of the Pensacola Civic Band; I’ve been in that for probably 35 years. So I give up my Tuesdays, every Tuesday for a couple of hours to be in this Pensacola Civic Band. So I’m in all, you know around town, I’m just I guess well known in pretty much all circles. I also did the Swing Dance at the…

JO: Well you know that probably…

JO: …at the Legion Hall for I guess about 10 years until a couple years ago, maybe about three years ago I stopped doing that, but it’s still going strong, so swing is the thing.

MS: What’s the wildest thing you’ve ever seen at a concert?

JO: The wildest thing I ever saw at a concert?

MS: Yes, sir, one of your concerts.

JO: One of my concerts that I played. (Laughs) I’m very boring. Why would there be any wild thing. An unanswerable question. I’d have to think about that and I don’t think I’ve ever been in that situation. The only great concerts I did, I’ve done around here have been-now there’s a couple of them coming up-but one’s that I did was, I backed up David Serring who’s a fantastic vocalist down Seaside and we did, he’s sort of a Frank Sinatra guy and we just did some great shows. Jonny Mercer, Henry Mancini and he sang all the songs and I organized just a great big band for it to back him up, but he does a lot of Sinatra, and that was when Okaloosa Walton, their new facility up there, but I don’t think that’s wild. Well, I had some swing dancers. That was pretty wild that night. I brought some swing dancers up with me. I don’t know. Unanswerable, I think.

MS: I just have two more questions for you Joe. This is a food question. Do you prefer crunchy or creamy peanut butter?

JO: I missed it. Do I prefer what?

MS: And my last question; is there anything else you would like the readers to know about you, your music and your shows?

JO: Well, as Dr. (Norman F.) Vickers says, “Support live music with your presence and your dollars.” Every time you see, every time you hear about live music somewhere, support it, so we can keep it going.” And that’s a quote from Dr. Vickers. You should be interviewing him.

MS: It’s an honor to speak with you Joe. I watched you perform as long as I can remember and I’ll see you again this Friday, so I thank you for doing everything you do.

JO: We’re still doing it. I think I’m getting stronger. (Laughs) That actually is one thing that I think I have accomplished is I fit in even though I’m 76. I fit in with every age group. I don’t know how that has happened, but I seem to be accepted by the young, young, young ones and of course the old ones. 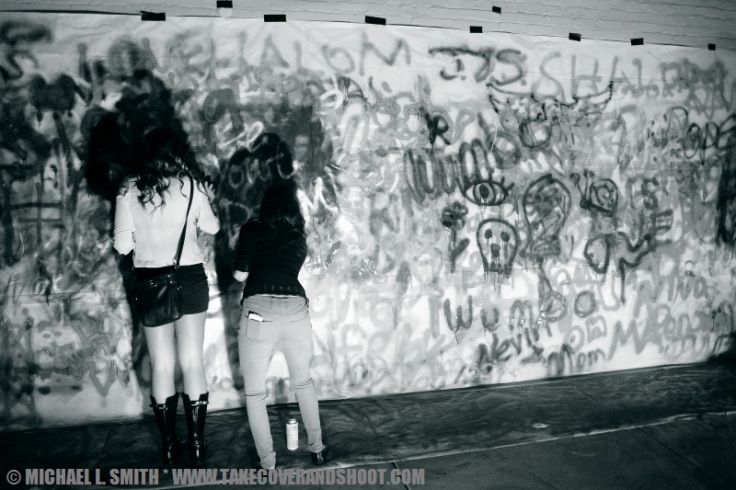