In the February 8, 2013 edition of the Pensacola News Journal, I referenced a show at The Handlebar that happened nearly a decade ago.

On January 27, 2004, Mastodon was the tour support for stoner rock band Nebula. My band Cockfight opened that show at The Handlebar. Within 12 months of that show, Mastodon would tour Europe with Slayer and Slipknot for the inaugural “Unholy Alliance” tour and then, the Atlanta band would release “Leviathan”.

The Handlebar was packed for that show in 2004, not so much for soon-to-be metal giants Mastodon, but for the Eddie Glass led Nebula. The Handlebar was even less crowded for Intronaut’s headlining show in 2013, one of only six shows the band would play before joining Meshuggah’s North American tour.

The Los Angeles band are striking a Mastodon-similar path.

One week before their Pensacola show, I interviewed frontman Sacha Dunable for the PNJ Music Matters column.

MS: I’ve listened to you guys for awhile. One of my buddies in Pensacola turned me onto your music, so I’m looking forward to seeing you live. This will be my first time seeing you perform.

SD: Awesome. We normally don’t make it to that region too often, I guess.

MS: You have a few dates coming up, and then you have your tour with Meshugga. It’s an amazing year. The new album “Habitual Levitations” comes out in March, what does this new album mean for you?

SD: It’s the next step in the progression of us as a band. I think it’s our best record to date, absolutely. But as far as what it means to me, I’m just stoked on it. That we’re still able to do this band, and make this music, and get to hit the road some more, and play with some killer bands, and have a good time.

MS: I know you guys have toured with Tool, Mastodon; what’s the coolest thing about this entire Intronaut experience for you?

SD: That’s definitely one of the coolest things about it, you know, getting to tour with all of these amazing bands. When you’re starting a band, you might think that it would be cool to tour with all these bands that are like the most legitimate bands that we can ever hope to tour with. It just keeps happening, so we definitely know how lucky we are and we’re just thankful to be able to keep on doing it.

MS: When did you know that this is what you wanted to do for the rest of your life?

SD: Well, I don’t know if I want to do this for the rest of my life. (Laughs) Well no, actually I do. That’s exactly what I want to do for the rest of my life. A long time ago. I’ve been playing guitar-I’m 31 years old-and I’ve been playing guitar since I was 9 or 10 and it was Motley Crue in like late 80’s that got me into it. So, it’s been awhile.

MS: Every kid dreams of touring and playing music; some guys end up in bar bands, some guys travel the world; did you ever imagine you’d be doing all of this at this level now?

MS: That kind of leads to my next question; you guys have a unique sound and like you said, this market, there are so many artists that sound like somebody else; how do you stay so original?

SD: I think it’s about being well rounded. We’re a metal band, but that’s not the only thing that we’re influenced by, and as time goes on, probably less influenced by other metal bands. In order to stay fresh and new, you got to be looking to other forms of music or any kind of art, really, for inspiration. And if you can apply that to a metal aesthetic then I think-at least that’s what we’re kind of doing, I think-that just keeps it fresh and new.

MS: I play guitar, so I have to ask you a geeky guitar question. How much do you have time to practice now?

SD: We practice a lot. I would say we’re pretty tight right now because we just finished an album and so we spent the last year playing together four or five nights a week getting ready, writing and then recording it and then we’ve wrapped recording in December and we’ve just been rehearsing for whatever tour that we’re doing. We’ve been practicing four nights a week. So we practice a lot just to stay on top of everything.

MS: What kind of music did you listen to growing up? You mentioned Motley Crue.

SD: Well that was one band. When I was a little kid, it was like the first band that I got into. When I was 9 years old, like 88’, 89’ something; MTV at that time, you’re talking Guns N’ Roses, Motley Crue, Skid Row, Aerosmith, so those are the bands that initially got me into wanting to play guitar and buying records and stuff and then from there, kind of just moved into punk rock kind of stuff, and then from there, back in the heavy metal, death metal, just getting more extreme, and then all while I listened to classic rock and other stuff too. From there, you get into anything more extreme, which could be fusion or math rock kind of stuff, just always looking for something new and a lot of the other guys are into jazz and funk. A lot of different music from all over the world; African, Indian stuff, there’s all kinds of good stuff out there, man.

MS: For you diversity did you take lessons for the guitar or did you just pick it up? How did you dive into it?

SD:  I took lessons when I was younger. I’ve picked up stuff here and there. When I was a kid, I took lessons just to learn how to play the guitar and then I did some theory classes in college and just picked up stuff here and there. Nothing to intense though. Joe, our bass player has a bachelor’s degree in music. Dave studied all kinds of music; percussion and guitar. These guys are pretty well rounded. Danny took some lessons, but I think he’s pretty much a natural. We’re somewhat educated as a whole, some of us more than others. 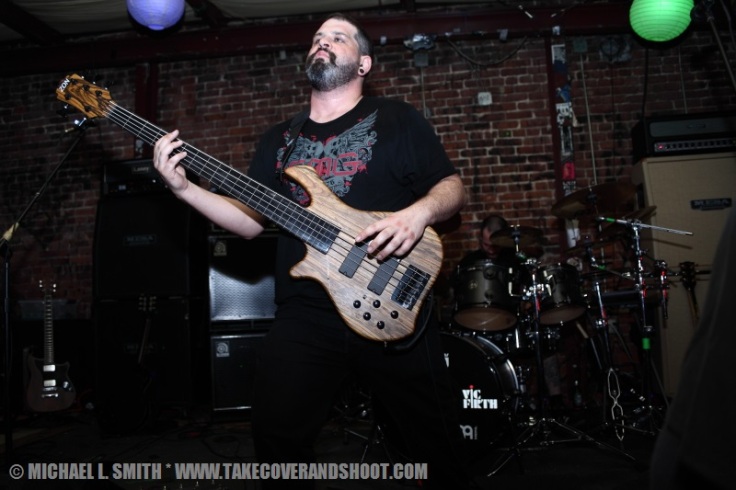 SD: Let me go back to touring; what’s the craziest thing you’ve seen at one of your shows?

MS:  It’s been awhile. We haven’t even played a show in like a year, so I’m trying to think. I don’t know if I can think of one crazy thing that I’ve seen at one of our shows. Sometimes, it gets kind of weird, like you tour with some of these bigger bands that bring in more, not mainstream crowd, but just like a more general metal kind of crowd. Like when we toured with Mastodon, they’d just done Ozzfest or something. You get a lot of people-at that point, especially too, we’re used to playing smaller shows where there are a hundred people that all are kind of like me; collecting records, like to go to shows, watch bands and respectfully watch and be attentive the whole time. Some of these bigger shows, it starts to get a little bit more meat heady and you deal with some funny characters like that. It just seems like a completely different environment where they’re yelling at you to play some more mosh-friendly music and that’s always something that you or I would never think to do. That always makes me laugh, when you get that kind of stuff.

SD: Oh for sure. Yeah. Definitely.

MS: Is there one that stands out above the other?

SD: Yeah, I’m trying to think. I remember the first time I really hung out with Justin from Tool. He’s been friends with Dave, our other guitar player for awhile, but when we were talking about having him on a song on our last record, he kind of co-wrote and played on one of the songs on the last record. And before that happened, we were hanging out at a show and talking about and halfway conceptualizing what would happen in this song or whatever. It wasn’t weird at the time, but an hour later I was like, “Wait a minute. Did I just talk about writing a song with that guy?” Not that I was like a huge Tool fanboy or anything, but that just hit me. I guess that’s kind of a big deal. I could recognize that as being a big deal.

MS: Last two questions for you Sacha. This is a crazy food question; Do you prefer crunchy or creamy peanut butter?

SD: Crunchy any day of the week. 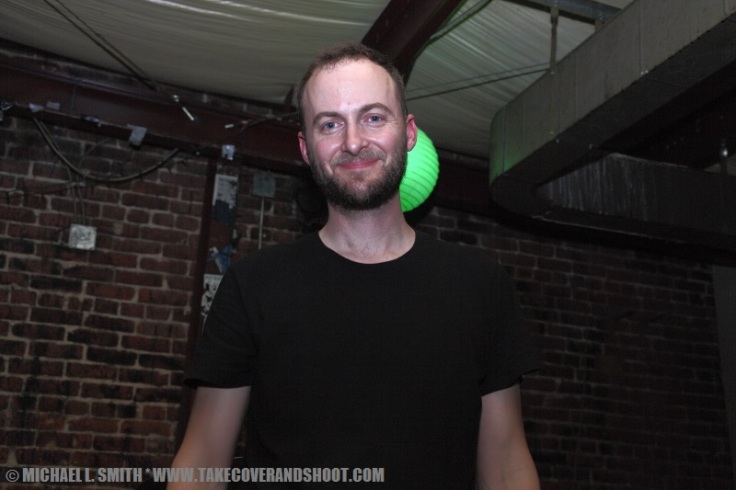 MS: I as well. And my last question for you. Is there anything else you would like the fans in Pensacola to know before you guys hit town?

SD: (Laughs) I’m trying to think of something that you can actually print in your paper.

MS: Oh no, hell, say whatever you want to say because I’m going to put it one in the local paper, but then I also have a site, my own site. Artists can say what they want to say.

SD: Ok. Well, not me personally, but some of the other guys definitely appreciate it if…you know some kids are coming out and smoking weed to share the wealth. Keep them happy. Also, if you can point us in the direction of any good food, especially down there, like some good barbeque or something.

MS: What else do you guys like? We have  a ton of great places here.

SD: Are you guys…you’re on the water right?