Vernon Reid’s question was more statement than inquiry. It was an unbelievable moment. And something that has never happened in the band’s 33-year history.

From their 1990 supporting slot on the Rolling Stones’ Steel Wheels/Urban Jungle Tour, through concerts around the world, Living Colour never had an onstage appearance like the one on November 11th, 2017 at Club LA in Destin, Florida.

It happened just as Vernon Reid prepared to launch into the legendary solo of the band’s 1988 Grammy award-winning masterpiece “Cult of Personality”. 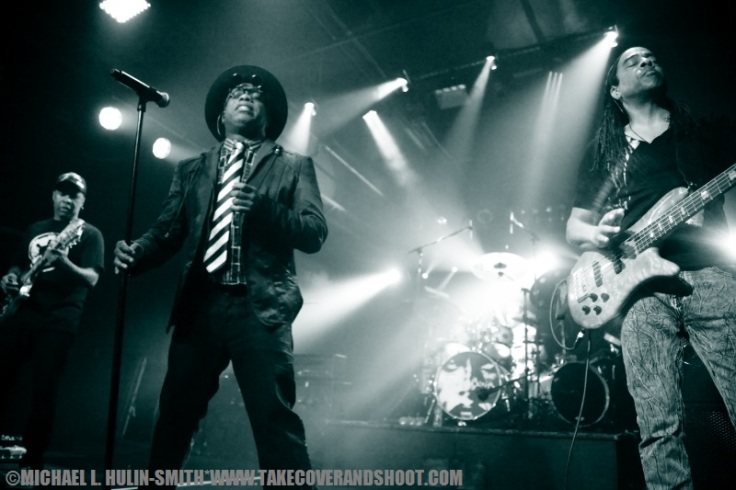 Even a blistering opening set by Derek Day couldn’t prepare the club’s crowd for the surprise guest that ran onstage during Living Colour’s encore.

Just as Reid was about to launch into the song’s iconic solo, a four-legged stranger ran onstage. The dog darted in front of Will Calhoun’s drum kit, around a stunned Corey Glover before finally finding a place on stage between Reid and the crowd before making his exit. The band didn’t miss a beat, but the moment wasn’t lost on Living Colour.

Glover laughed with Reid and bassist Doug Wimbish as the band kicked in “Glamour Boys” to end the night. 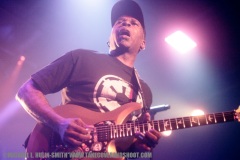 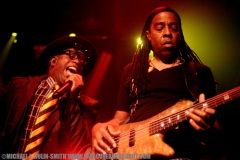 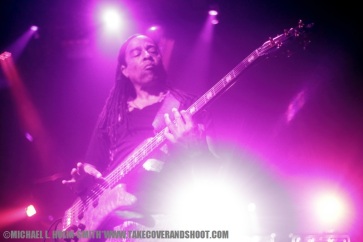 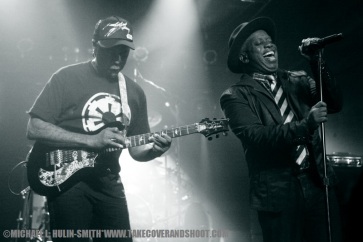