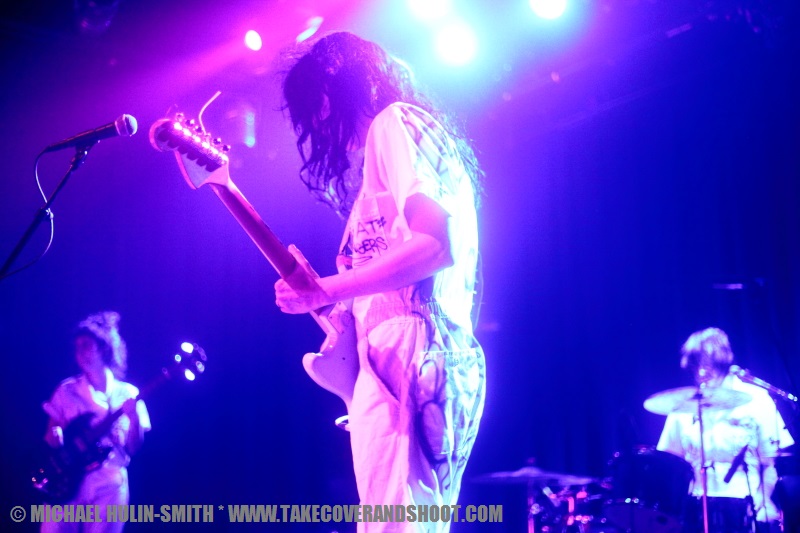 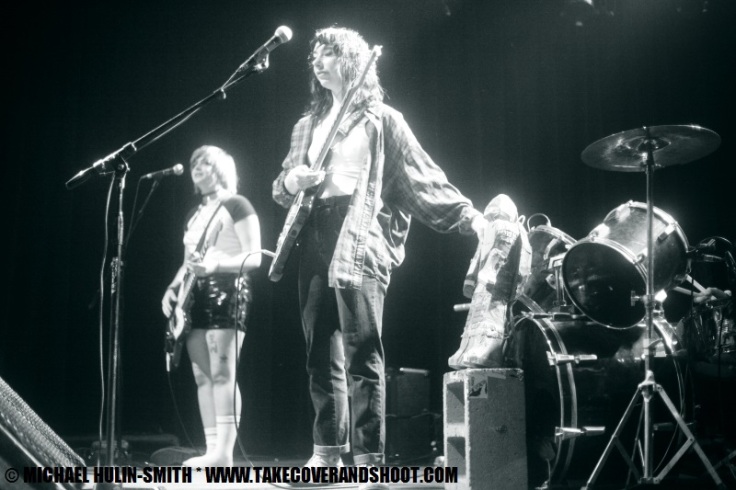 I don’t know which one it was, but he didn’t last long. As quickly as Charlie (Phlegmboyant) threw the Teenage Mutant Ninja Turtle piñata off the stage, it was splintered and ripped apart by the Vinyl Music Hall crowd. 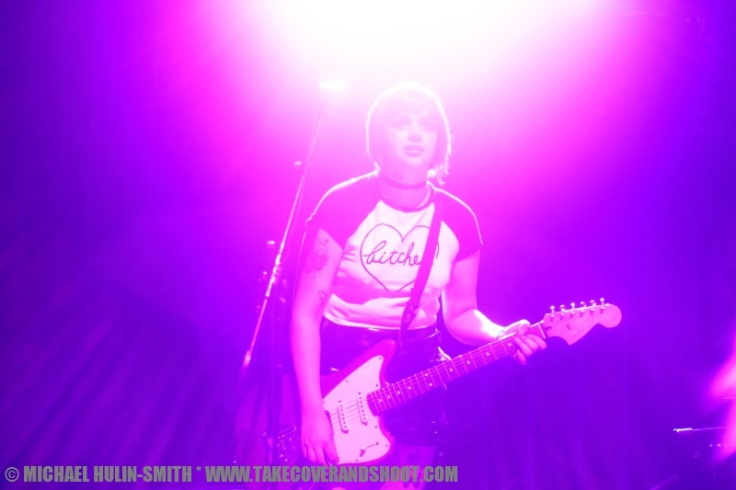 I couldn’t see if the Ninja Turtle was empty or full of sugary treats, but when the sacrifice was over, Phlegmboyant continued throwing their sweet Pensacola-punk coated sound all over the place.

As the only opening act, Phlegmboyant (Sophia, Ian, Charlie and Kip) lived up to the challenge of getting Vinyl ready for The Coathangers. 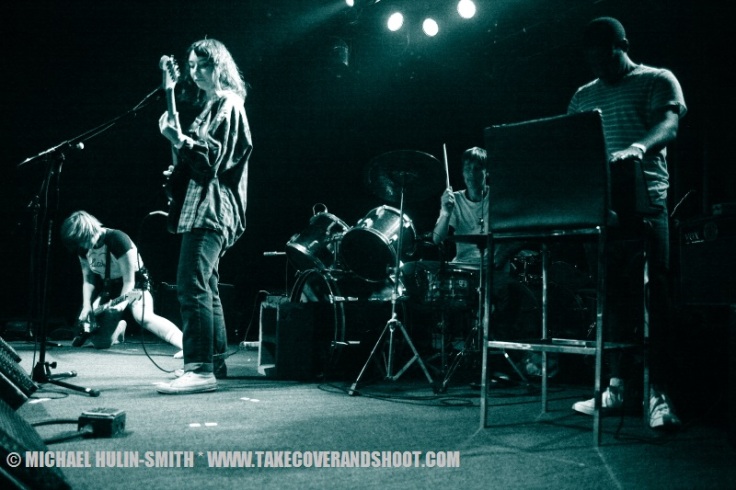 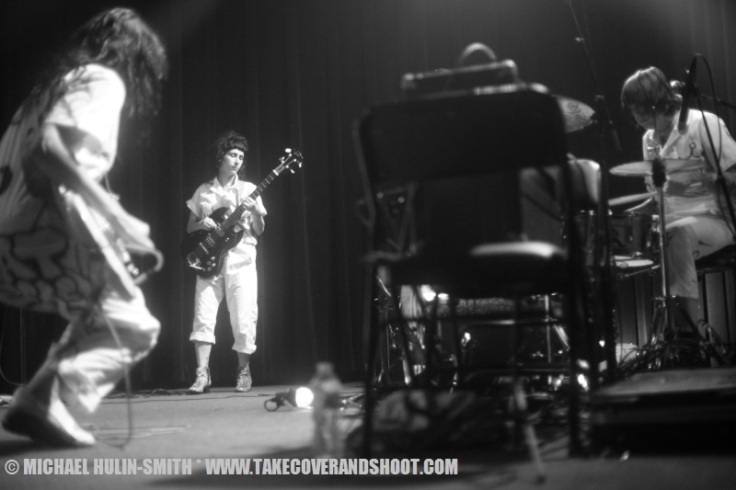 Two days after releasing their first live album LIVE, The Coathangers, showed Pensacola, Florida why their shows are legendary affairs. 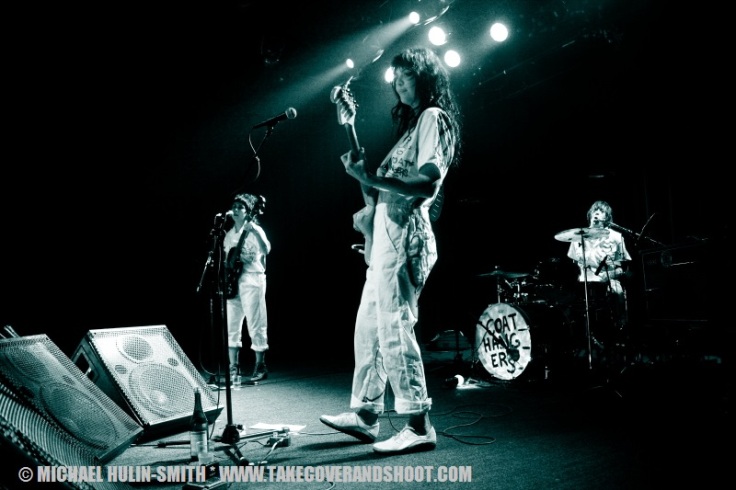 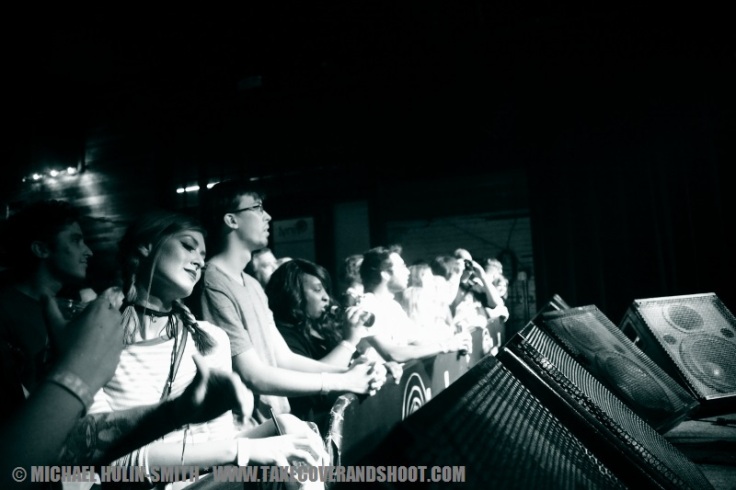 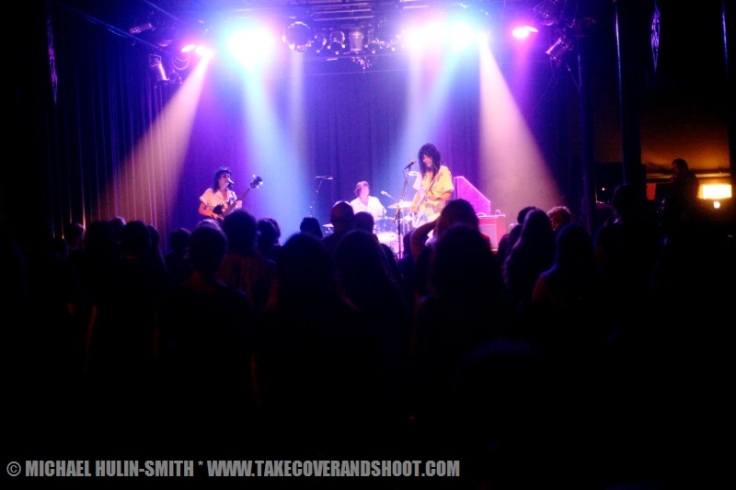 The Atlanta punk trio of Julia Kugel, Meredith Franco and Stephanie Luke came to play and the Vinyl crowd was more than willing to make a Sunday night sacrifice.