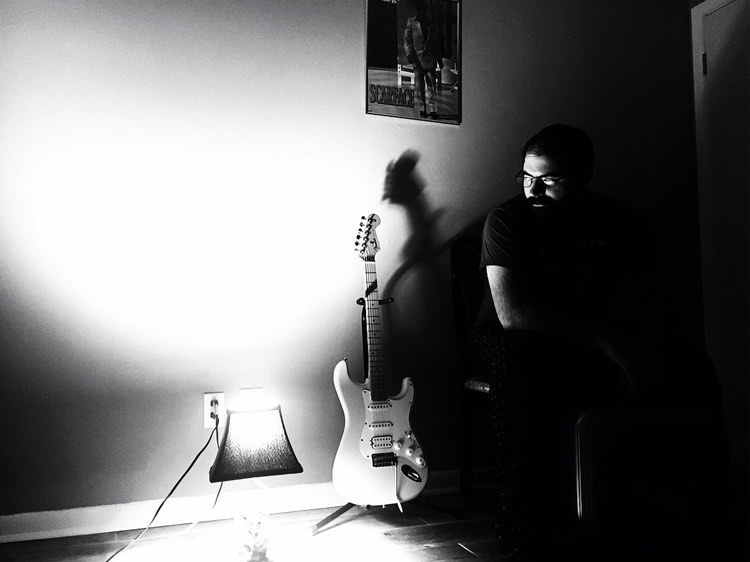 He was part of a folk trio that played cover songs. But Wright wanted to do something different.

“So I sat down and I wrote this song,” he said. “I thought it was the greatest song to have ever graced this earth. I was so proud.”

Wright, eager to show off his work, took the song to band practice the next day. The band agreed to listen and he started to play.

After a few seconds, one of band members stopped him. He looked at Wright and said, “Oh, this is really bad.”

Wright stopped writing songs, but continued playing music. High school and local rock bands recruited him for his bass and guitar skills. He didn’t write another song until years later when he moved to Pensacola with his friend Grayson Jernigan.

“We lived together in a studio apartment off 9th avenue,” he said. “We just sat down and wrote songs. If they’re good or not, that’s to be determined. 2015 was when I really tried to pursue that craft.”

In 2016, Wright went to Nashville, the songwriting capital of the world.

“I saw the industry pretty up close for a little bit,” he said.

He met and played with musicians throughout town. But he quickly realized Music City wasn’t for him.

Wright came back to Pensacola. Diving back into the music scene, he played in bands and local open mic nights. His doom metal band Slugger played shows as often as they could, even throwing in a Black Sabbath set during Chizuko’s cover band charity show in 2019.

But everything changed in 2020 when the pandemic hit. Wright revisited the songs he wrote years ago while he was living off 9th Ave.

“Of all the times to be able to record, now is the time,” he said. “I’m not having to balance recording with playing live anywhere. And I’ve had the time to sit down and sharpen the songs to where I want them to be.”

Saturday, Wright will play songs not written for Nashville acceptance or a folk trio’s approval. He’ll perform songs written for a greater purpose.

“I just want to put out songs that I’m proud of,” he said.

While on his songwriting journey, Wright received wisdom from a wise man, his father. Wright recalled his father’s words, “He said, ‘At the end of the day, when you play music, even if you don’t “make it”, your own music will be your friend until it’s your time to go.’”

-For more info and music downloads for Dalton Wright, check out www.facebook.com/musicofdaltonwright/